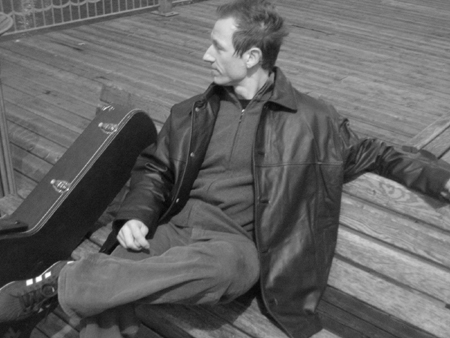 Dan brings quality, experience, and education to the stage. What sets him apart from many others is his relentless pursuit of perfection, continually expanding his creativity and musical talents. Whether exploring new territory on the guitar, vocals, updating his repertoire or adding new equipment, the process is an evolving journey. It is for this reason that Dan has gained the respect of his audiences, colleges and venues.

Dan came on the scene in the mid 80’s and worked as a studio musician, hired hand, and a band member, which led to a large accumulation of touring and stage experience. This experience included a wide variety of musical styles such as rock, top 40, country, folk, jazz, blues and original work.

Dan spent two years in Los Angelas. During this time, he studied guitar and graduated and from The Musicians Institute in Hollywood, California. The program focused primarily on performance and business. Dan also graduated from Mohawk College. Over the three year program, Dan received awards for academic excellence, and was awarded a teaching assistant scholarship in his final year. Dan continues to work with his vocal coach Brian Vollmer (vocalist for platinum recording artist, Helix), studying in the technique of Bel Canto which is used and praised by artists such as Tony Bennett.

Dan carries an extensive repertoire that expands generations, styles and artists. Dan exudes musical talent, experience and professionalism that is most evident in his performance. While seeming quiet and modest, Dan has a personality and aura of confidence that attracts the attention of others.